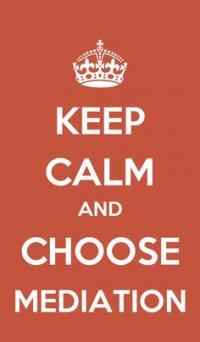 The United States of America has made a proposal to the UNICTRAL Commission to consider at its 47th Session in New York (7-18 July 2014) a multilateral convention on the enforceability of international commercial settlement agreements reached through mediation and to add this task to the Working Group’s agenda.

Actually UNCITRAL has been working over documents aiming to regulate ADR procedures for a long time. The Commission has previously developed two important instruments: the Conciliation Rules (1980) and the Model Law on International Commercial Conciliation (2002). The importance of mediation/conciliation (both notions are considered as the synonyms) has been growing continuously. One of the evidence thereof is that in 2008 the European Union issued a directive on mediation in civil and commercial matters, requiring that its member states implement a set of rules designed to encourage the use of mediation in cross-border disputes within the EU.

Despite mediation is being increasingly used there are no exact mechanisms to “enforce” the mediation agreement yet. The word to “enforce” is used in this context as the nature of mediation resembles the nature of the arbitration. The Proposal of the United States reasonably emphasizes, that “settlement agreements reached through conciliation may be more difficult to enforce than arbitral awards if a party that agrees to a settlement later fails to comply… In deciding whether to invest their time and resources in the process of conciliation, parties may want greater certainty that, if they do reach a settlement, enforcement will be effective and not costly.”

Thus, the United States proposes to develop a multilateral convention on the enforceability of international commercial settlement agreements reached through conciliation, with the goal of encouraging conciliation in the same way that the New York Convention facilitated the growth of arbitration. Drafting a uniform convention would be easier and more effective than drafting uniform legislation, as the latter task is difficult because the methods for achieving expedited enforcement of settlement agreements vary greatly between legal systems and depend on domestic procedural law. See details of the proposed convention here.